Financial and Business Hub of Asia

Europe has London. US has New York. And Asia has Singapore. The city-state has overtaken Hong Kong and has become the destination of choice for professionals and businesses throughout Asia.

One key indicator that measures a city’s relative importance is the number of conferences and conventions that it hosts. According to Bloomberg News, over the last two years the number of events held in Singapore has risen by around 46%. By way of contrast, in Hong Kong the number dropped by 7% in the last year.

There are a number of reasons behind Singapore’s success as a business and financial hub. Some of the major points are listed below.

Singapore provides a high standard of living to its residents. A clean environment, strong judicial system, open and liberal economy, modern infrastructure and one of the lowest levels of corruption in Asia are some of the reasons which make Singapore a preferred destination. It provides the ideal environment to settle down and even raise a family, which attracts a healthy mix of businessmen and skilled professionals to its borders.

Most of the benefits enumerated above are available in a majority of the developed western nations. What attracts businessmen and skilled professionals from all over the world, is the favorable tax regime. In a time when tax rates are being increased across the world to support the rising government fiscal deficits, Singapore has maintained its income tax levels. As compared to a global average of 30% – 35% for top income tax bracket, the highest bracket in Singapore is only 20%. Corporate tax also stands at a low 17% (down from 26% in 2000). This encourages new entrepreneurs and businesses to set up in Singapore.

No country can become a thriving business and professional hub without support from the government. The policies of the government are extremely business friendly. Along with ease in setting up of a new business, the government has also provided sound investor protection. It periodically comes up with schemes like fast track residency and higher education support for students working in Singapore after completion of their studies. All these policies attract talent and encourage them to stay and work in Singapore.

Singapore also has a favorable geographical location, with easy access to Hong Kong, Thailand, Vietnam, Cambodia and India. Many international airlines fly into Singapore as a means of accessing other Asian countries. This makes Singapore an attractive destination for professionals and businessman, whose work is spread across Asia and abroad.

All the above benefits highlight that proper planning by the government has ensured that Singapore has become the destination of choice for professionals and entrepreneurs. Its growth as the banking hub of Asia has further strengthened its position. Given the focus on attracting both intellectual and financial capital, Singapore is expected to further flourish in its role of business and financial hub of Asia.

Ryan is the senior writer at ECRA. He has more than 10 years experience in the media and communications sector. He focuses on business and immigration. Ryan creates informative and compelling content for entrepreneurs that are looking to establish or expand their companies or businesses.

Leave a reply Click here to cancel the reply 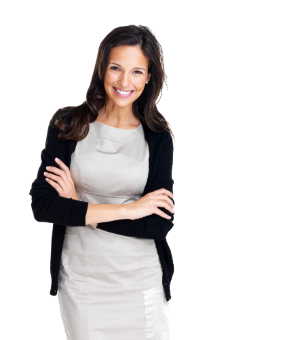 Enterprise Corporate Resource Advisory. We grow companies. We make it our business to mind your business. We help entrepreneurs start and grow businesses. As your professional corporate solutions provider, we offer consultation, advisory, services and support to help you manage your company.